Honduras in Latin America is a naturally beautiful country.  Bordered on the North by the Caribbean Sea and the Pacific on the south, it is home to an energetic and vibrant people who love their culture and mixed identity. This is mostly a blend of Latin America, Amerindian, black, Mestizo and Caucasian identities.

It is also home to some of the ruins of ancient Maya Empire, rainforests and sunny coconut lined beaches. Aside from that, it is a peaceful country with solid democratic credentials. Why not consider a voluntary mission, especially one on HIV/AIDS awareness and Medical program in Honduras?

In spite of all its attractions, Honduras is one of the poorest countries in Latin America and it is not spared the ravaging effects of the HIV/AIDS epidemic.  This country is particularly noted for the high prevalence rate of HIV/AIDS infections. It is estimated that HIV/AIDS is the leading cause of death in women within the childbearing age bracket in Honduras, and a major contributory factor to most hospital admissions. This situation also has a crippling economic effect on people who are diagnosed as HIV/AIDS positive, due to the prevalence of stigmatization.

Some of the factors that contribute to the current high prevalence rate include a low rate of awareness, inadequate response by government, lack of statistics and information, stigmatization and neglect by the local community. Even though some effort was put into the creation of HIV/ AIDS awareness in Honduras, and many people who tested positive in Honduras are receiving antiretroviral therapy, what was done thus far is not enough. Many more concerted effort needs to be put in this field.

The prevention schemes need improvement and there must be a concentrated effort to tackle the issue of stigmatization and discrimination towards people who are living with HIV/AIDS. People must be educated on the disease, condom use needs to be advocated and people living with HIV/AIDS require support holistically.

The government has further plans to reduce or prevent new infections and to provide services to those who are at risk of contracting the disease. However, the government cannot do this alone. Looking at the fact that the region is mostly overlooked in the fight against HIV/AIDS, and the rather bleak picture painted above, many more effort needs to be put in this aspect.

Volunteer on HIV/ AIDS awareness in Honduras and create awareness, provide support services to those living with HIV/AIDS, and reach out to the population most at risk. Provide relevant information about preventing infections and encourage condom use. You can also help tackle the stigma, improve health facilities, offer counseling, and encourage people to go for voluntary testing. There is also the option to simply work with children who are living with the disease or have lost a parent due to the infection.

From whichever perspective you look at it, you are needed in Honduras. Through the non-profit organization, A Broader View situated in the United States, join them and lend a helping hand by contributing to HIV/ AIDS awareness in Honduras. 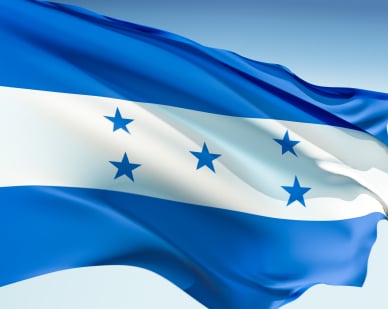 Why Volunteer Abroad in Honduras?

Honduras is located in Central America, bordered by the Caribbean Sea to the North and Pacific Ocean which is south. It is a great place because it offers numerous activities; as well as, its natural Read more…